About Us Contact Us Blog
About Us
MAJOR EVENTS

WHAT'S ON IN FEBRUARY>

How do I book?

What happens once I book?

I have received my confirmation email, what happens next?

How can TIXSTAR help me entertain clients & build relationships?

TLA’s Talent Management team is one of the world’s leading athlete and personality management groups. With a diverse client base representing a large variety of sports and broadcasting we have earned the respect of sporting bodies, media outlets, clubs and sponsors alike. 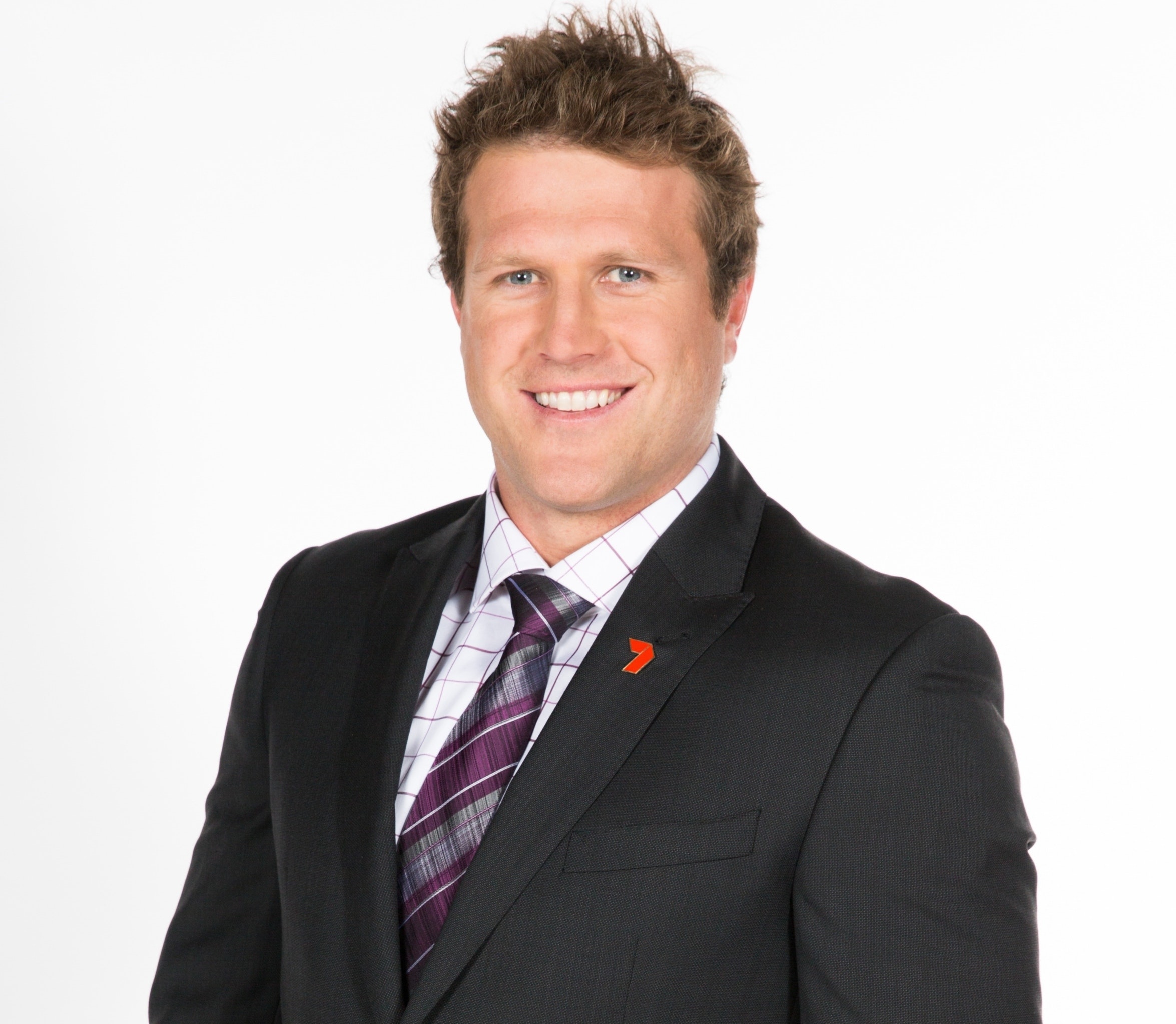 With the distinction of being a Premiership player and All-Australian with Hawthorn, Campbell Brown’s fearless attack on the ball has made him a player to watch. At the conclusion of the 2010 season, Brown made the move to the Gold Coast Suns, where he was influential in its inaugural season.

Off – field Brown is an ambassador for The Shane Warne Foundation, raising funds to help the lives of seriously ill and underprivileged children and teenagers in Australia. Brown is also a regular fixture on both radio and television. His laidback delivery and larrikin character make him a favourite among footy followers and casual fans alike. 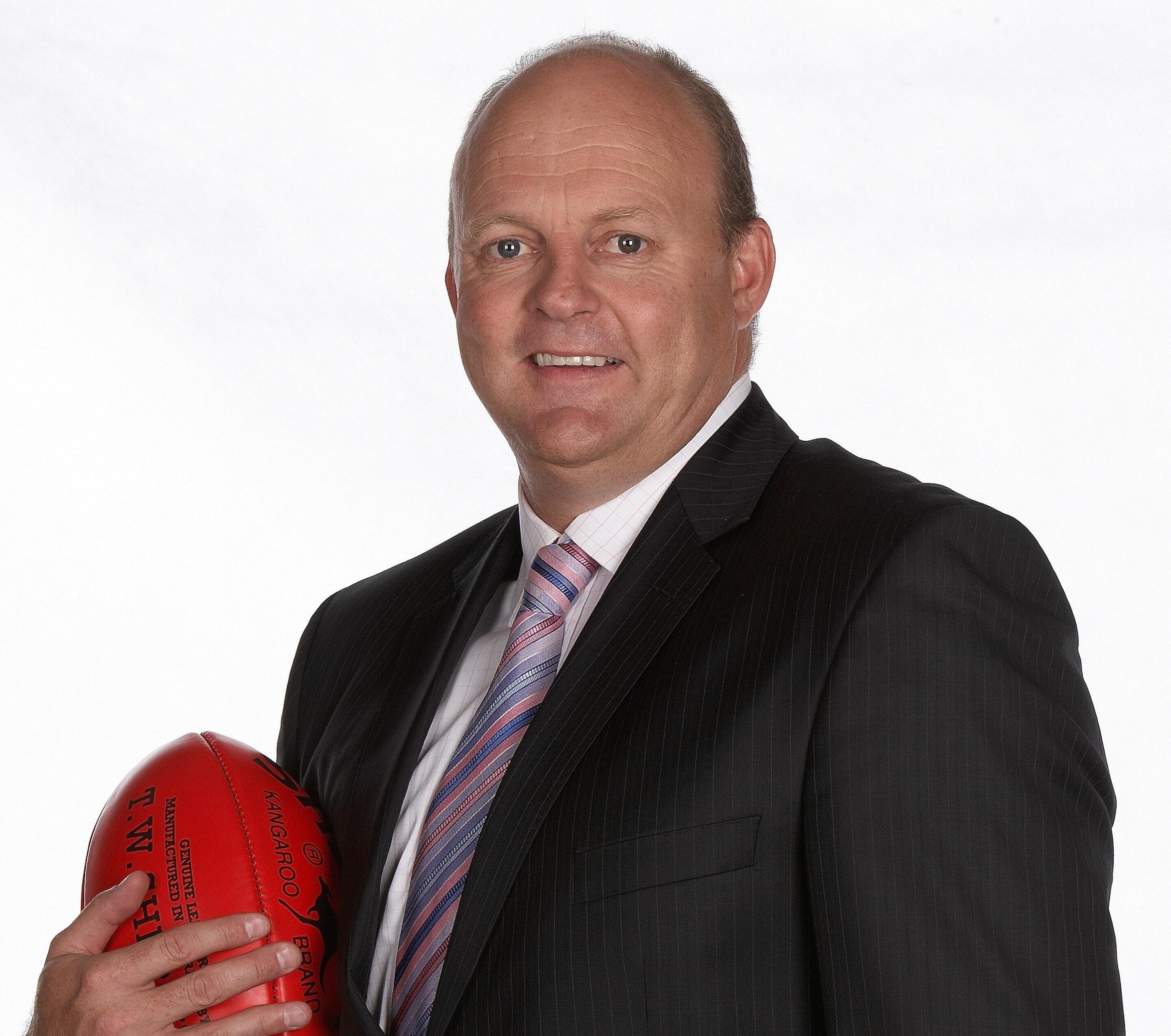 A loveable character on and off air, Billy Brownless has an active media career in radio and television, continuing to rank as a hit with audiences everywhere. Brownless is a panellist on Channel 9’s top rating Thursday night Footy show as well as being a key member of the Sunday Footy show team.

Brownless has had a long term involvement in radio, with his sense of humour and keen sporting knowledge combining to provide listeners with some fast-paced on-air action. In 2008, Billy released his first book “Billy’s Book for Blokes” which he draws on his own experiences and ideas to help guide the blokes in the 21st century. 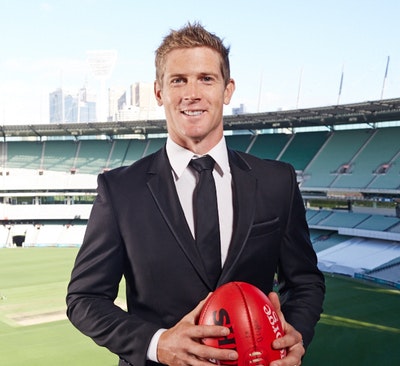 Having played over 300 AFL Games in his career, Nick’s football honours speak for themselves. Nick has been selected in the All-Australian team three times (2005, 2009 & 2011), represented Australia in the International Rules Series in 2004, came Runner Up in the 2011 Brownlow Medal count and has played in three grand finals.

Following an AFL career for over a decade, Nick is a polished media presenter, businessman, corporate speaker and community ambassador. Nick has a personable and enthusiastic approach which engages a range of personnel. 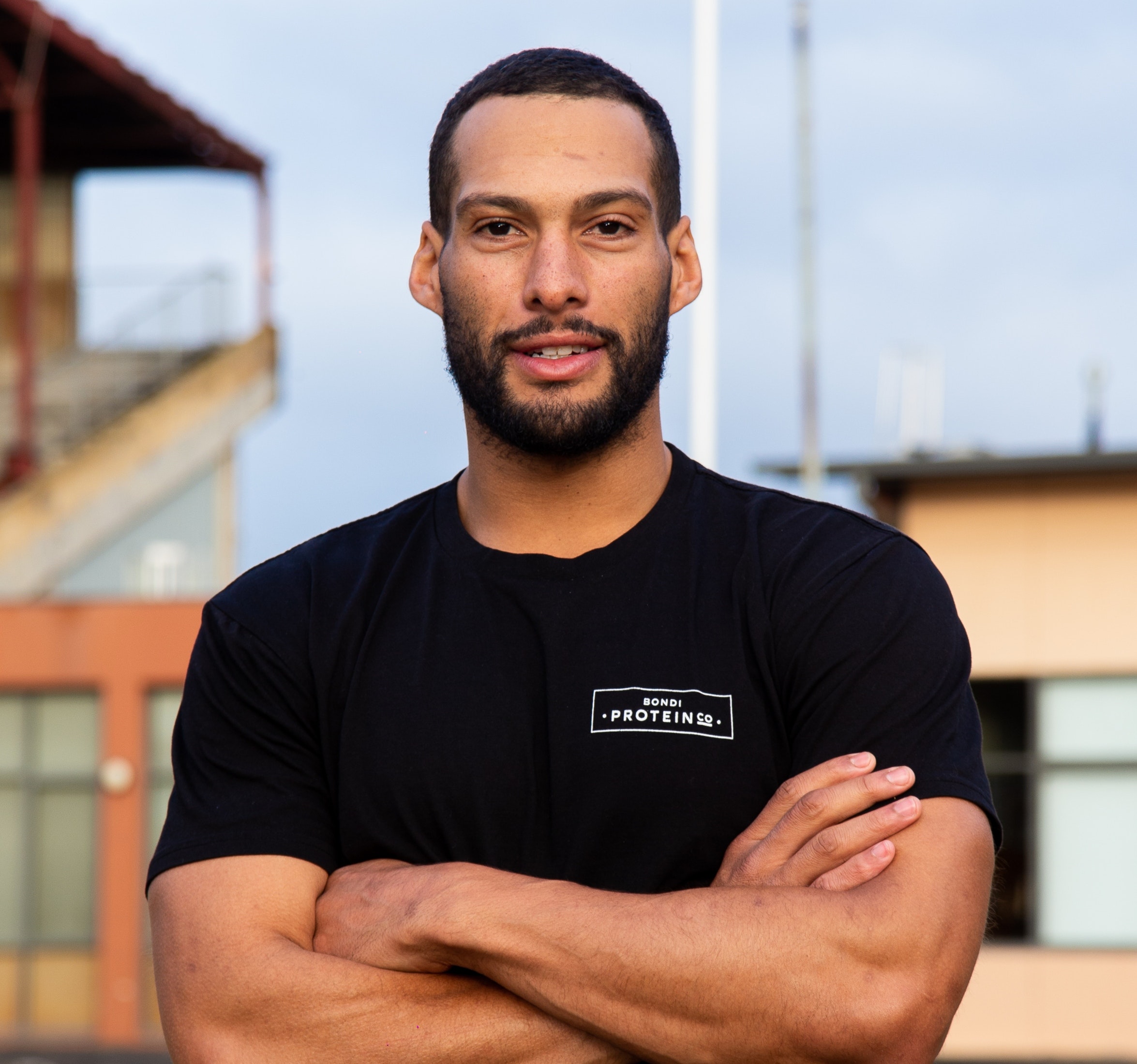 Gibson played 225 games of AFL after initially being overlooked and then eventually taken on by North Melbourne as a Rookie. An incredible career, one decorated by three AFL premierships, an All Australian as well as two club Best & Fairest medals. Josh Gibson left his beloved game of AFL, leaving behind a defensive legacy like few have.

After winning three consecutive premierships, two Peter Crimmins Medals and an All-Australian selection, Gibson called time on his illustrious career. He began his media career in the later years of his playing career where he appeared as a guest on shows including The Footy Show, Before the Game and AFL Game Day. 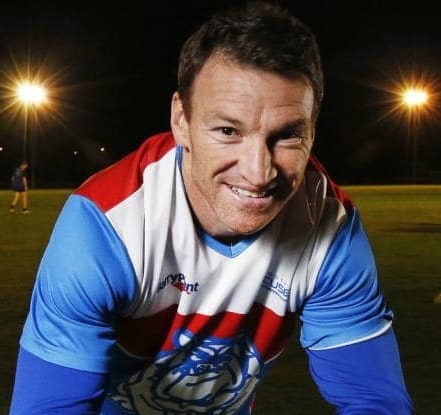 As North Melbourne’s games record holder, Brent Harvey is undoubtedly one of the AFL’s stars of the 21st Century. Harvey is assured a place among the finest players ever to wear the blue and white. Harvey’s ultimate honour came in 2008, when he was announced as successor to Adam Simpson as the Captain of North Melbourne. 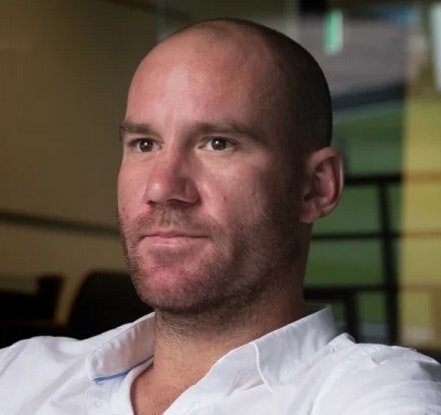 “The Duke” is one of Australia’s most popular cricketers amongst other players due to his character, talent and ability to influence games. His breakthrough season came in 2009-10 when he was Victoria’s leading wicket-taker in all three competitions and played in the final in all three formats. In addition to his 36 Shield wickets he contributed 446 runs at 37.16.

He made his One Day and T20 International debuts in 2010 and his Test debut in 2012 claiming the wicket of AB De Villiers. He was the second leading wicket taker in One Day International cricket in 2016. Not surprisingly, he was named the Bradman Young Cricketer of the Year. 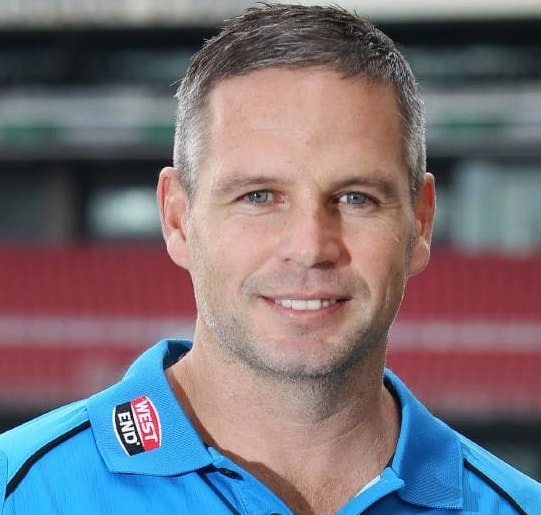 Brad Hodge is one of crickets most prolific run scorers with more than 17,000 first class runs at an Average of 48.81. He is sitting fifth on Australia’s all-time leading Sheffield Shield run scoring list with 10,474 runs. He finished his test career with an average of 55 and a highest score of 203 not out.

He has represented 19 different Twenty20 teams throughout his travels and is currently number 5 on the list of all time runs with 7338 at an average of 36.87 with a highest score of 106. These days Brad has taken a step back from playing and turned his hand to coaching. 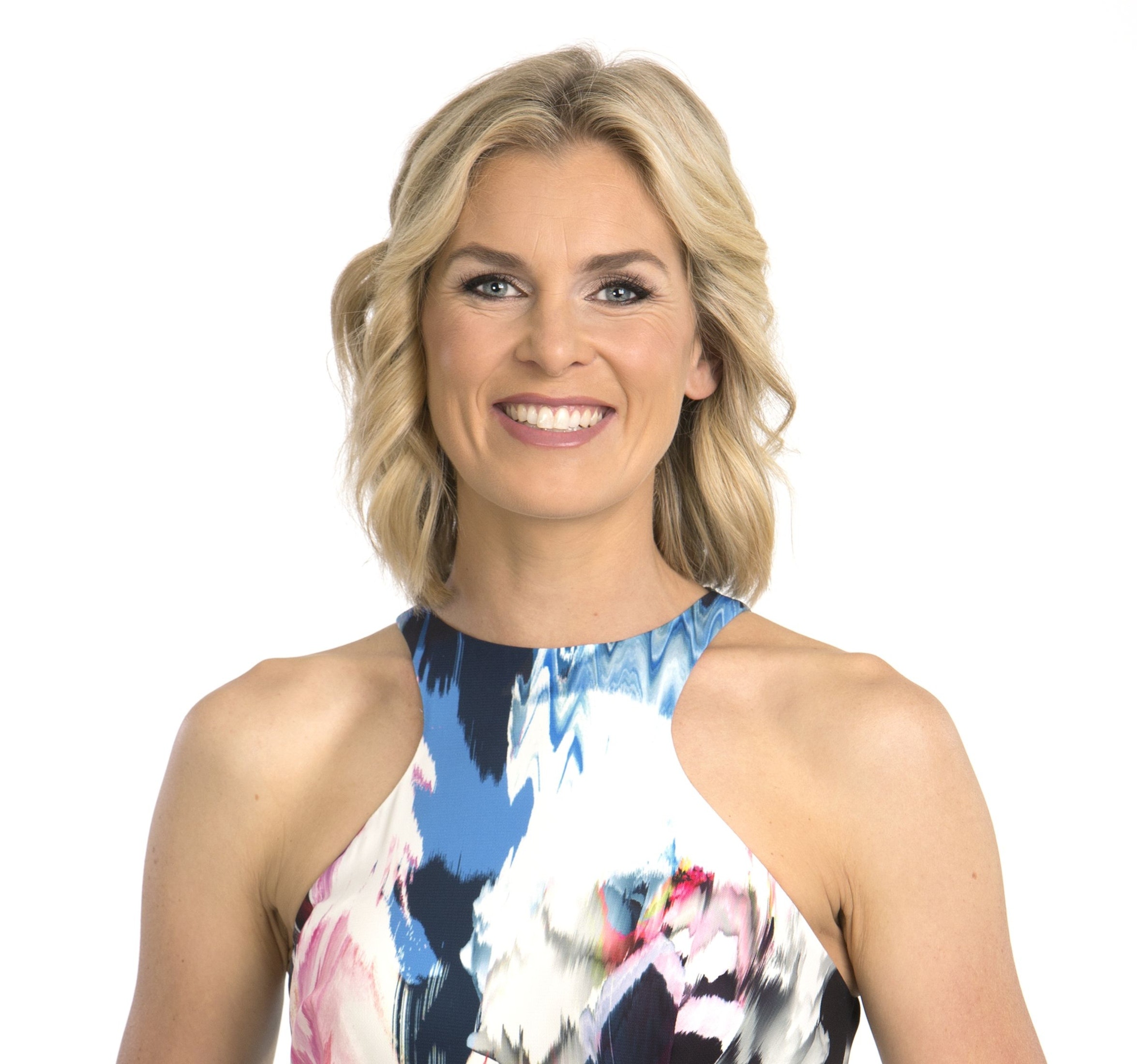 One of Fox Sports’ main faces, Sarah Jones has risen through the reporting ranks at an amazing pace. Jones boasts over ten years’ experience in the media working on such events as the Australian Open, Olympic Games and the AFL before a move behind the news desk with Fox Sports News.

With the return of Fox Footy in 2012, Jones again took on a role with the channel, reporting on a number of big AFL stories as part of the After The Bounce team, as well as continuing to present on the coverage of a number of key events on the calendar. Already sporting a wealth of experience, Jones’ star looks set to grow even brighter in the near future. 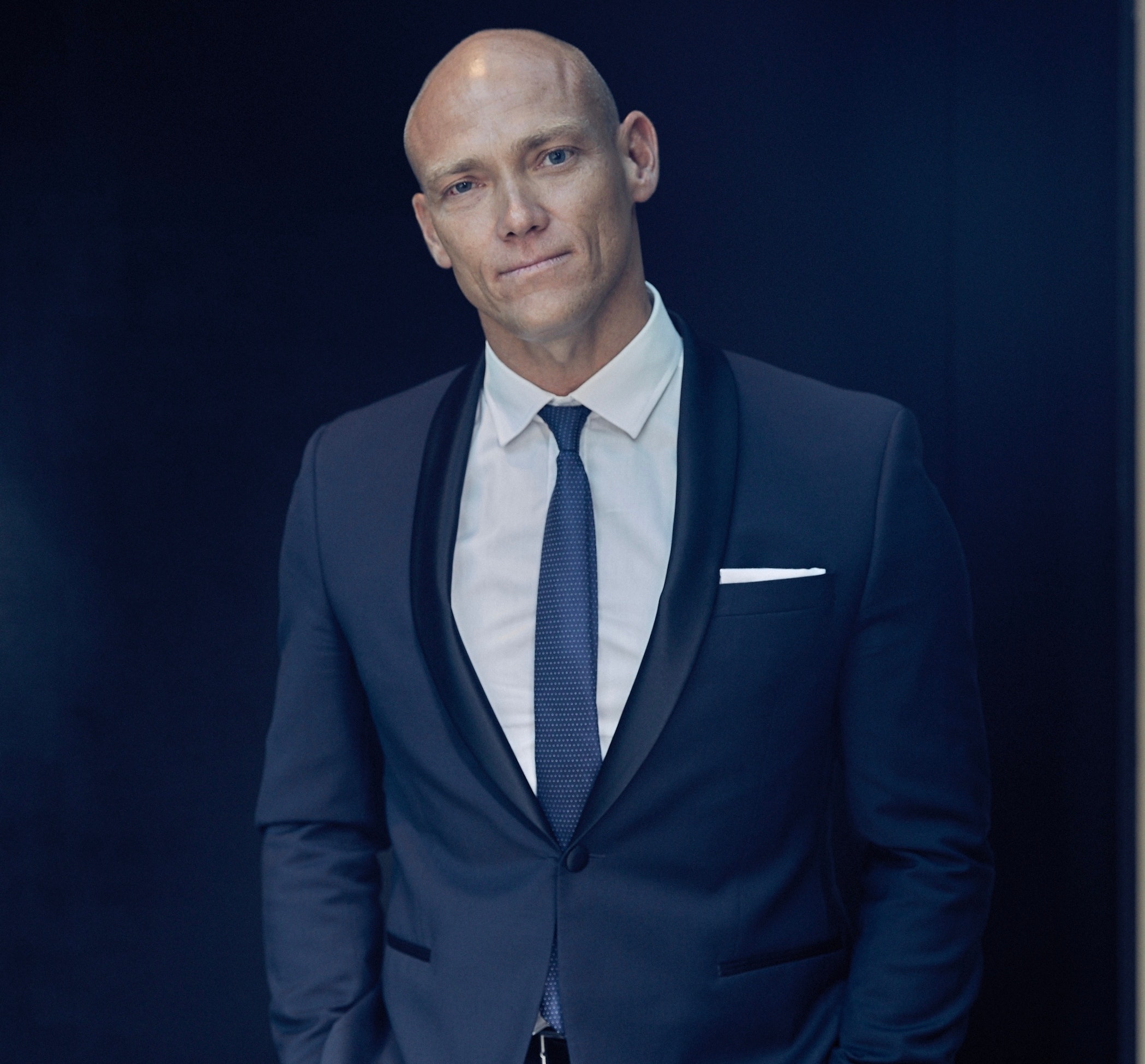 At 18 years of age, Michael Klim was named Australian Swimming Rookie of the Year in 1995 as he embarked on his professional career. Best known for his butterfly and freestyle dominance, Klim was soon to become one of Australia’s most distinguished and successful athletes ever. The 2000 Sydney Olympic Games saw Klim star, winning two gold and two silver medals. He was instrumental in Australia’s thrilling 4x100m relay victory, unleashing a world record leadoff swim to win his first gold on the first night.

Michael now focuses primarily on his business interests - and is a regular keynote speaker. He also loves spending quality time with his 3 children Stella, Rocco, and Frankie. 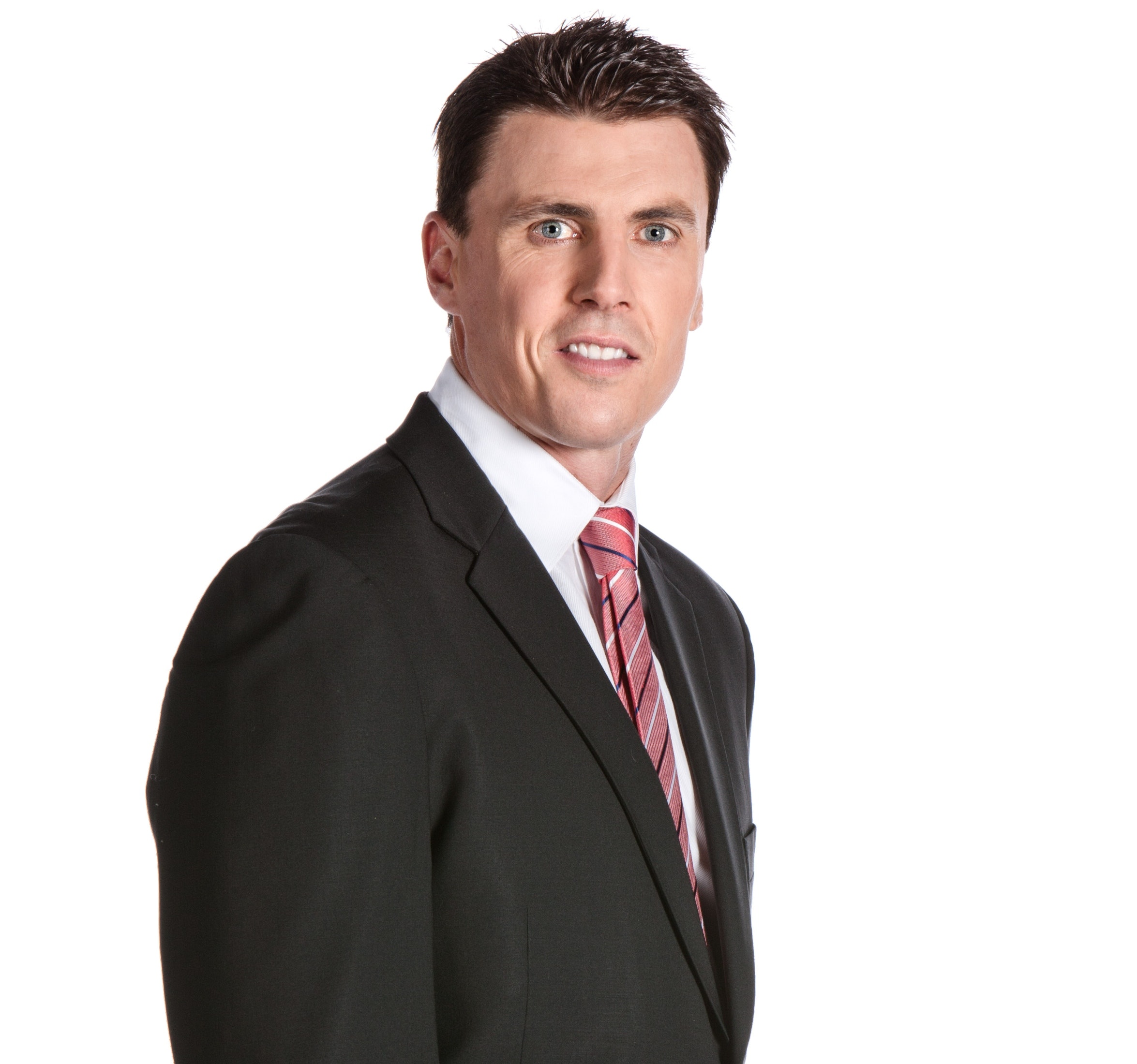 A former AFL champion from the Essendon Football Club, Matthew Lloyd has made the transition to respected media commentator in the four years since hanging up the boots. Lloyd was a highly decorated full-forward during his playing career, he is Essendon’s all time leading goalkicker and sits seventh on the AFL/VFL’s all-time goalkicker list.

Lloyd has had a keen interest in the media since his playing days writing for the Herald Sun with regular appearances on FOX FOOTY, Triple M and The Footy Show. An Assistant Coach with the AIS-AFL Academy since his retirement, Lloyd lives with wife Lisa and their three children in bayside Melbourne. 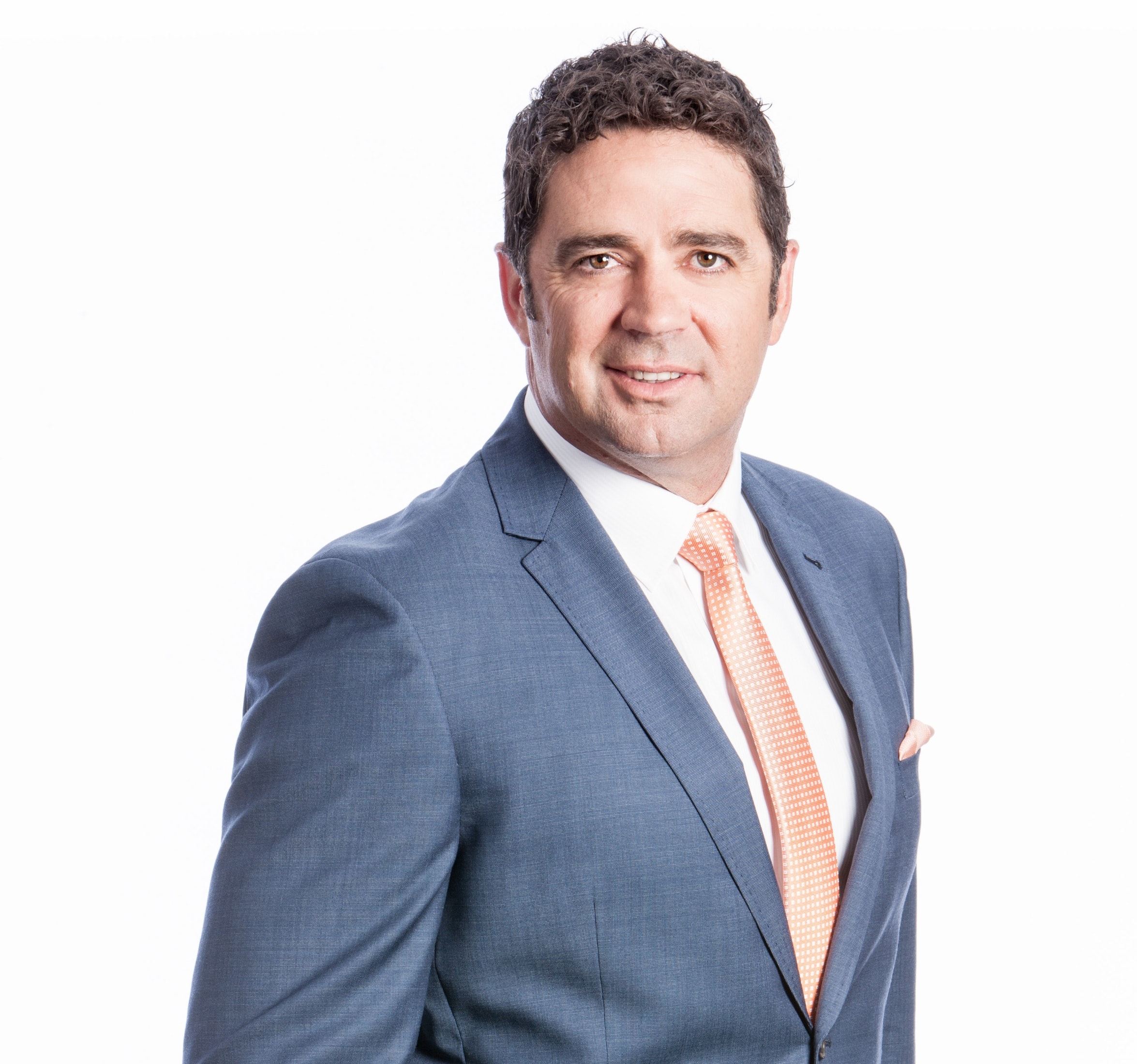 For any former elite sportsman who has a desire to pursue a career in the media, Garry Lyon sets the standard. Garry received acclaim for his role on the Nine Network’s AFL Coverage. As a co-host of The Footy Show along with James Brayshaw, the program set the benchmark in AFL entertainment programming. Currently, Lyon continues to call Friday night and Saturday afternoon matches alongside a team that boasts a wealth of experience and character.

Lyon has been an ambassador with NAB for the past decade, coinciding with their involvement as a key AFL partner. The role has seen Lyon involved in a range of activities from executive to grassroots level across the company’s football, community and charity partnerships. 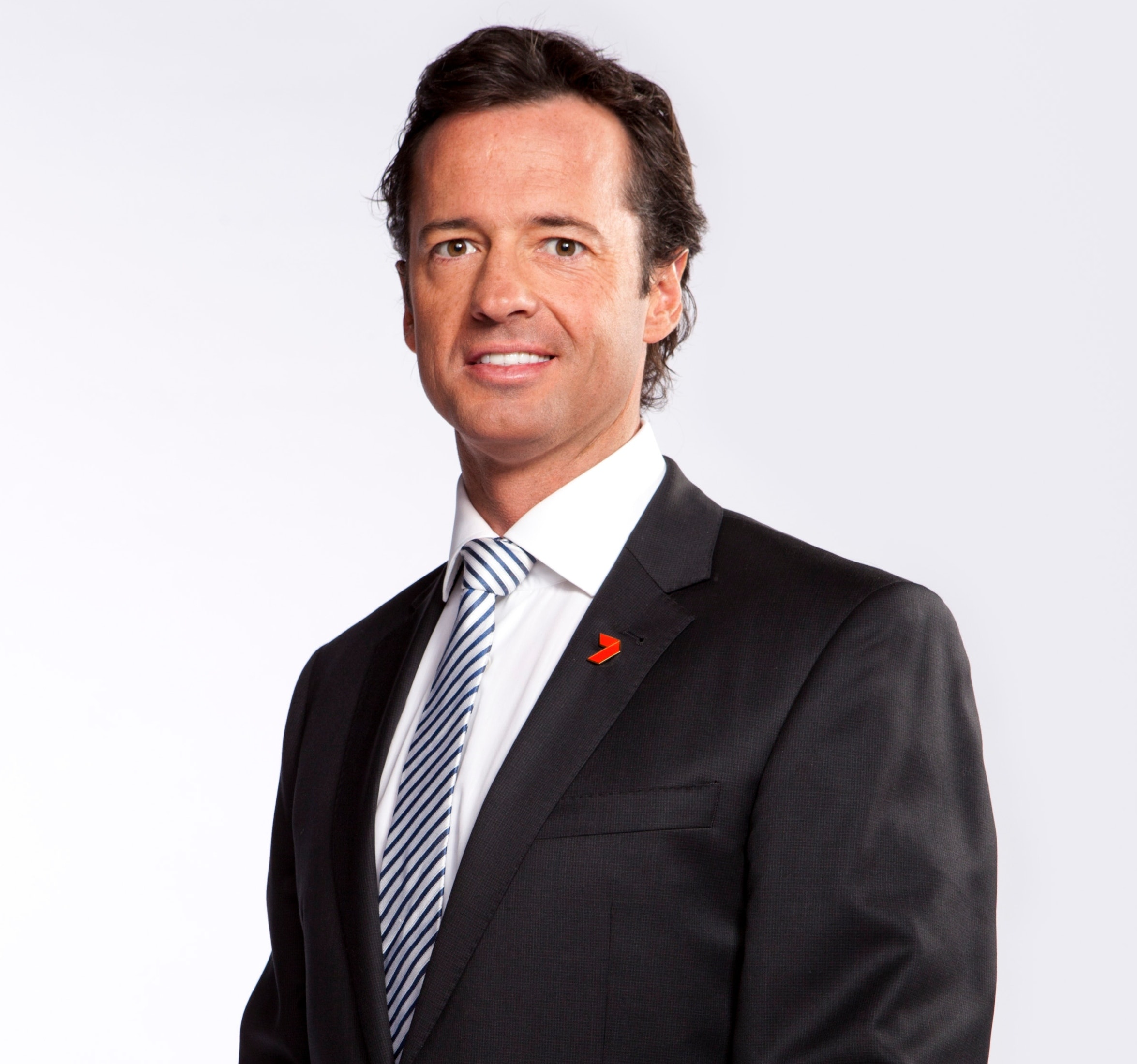 Knowing the hard work needed to be done abroad to get an opportunity at home, Hamish spent 3 summers in Europe hosting sporting and charity events and calling matches to hone his skills behind the microphone in the hope he would get an opportunity in Australia.

Once back in Australia in 2008, Hamish got his break with Channel 7. Hamish first appeared on television as the host of Channel Seven’s Sunday morning footy fix “AFL Game Day”. As host, Hamish became the front man responsible for the show’s balance of informed opinion and light hearted banter between the game’s past and present greats. 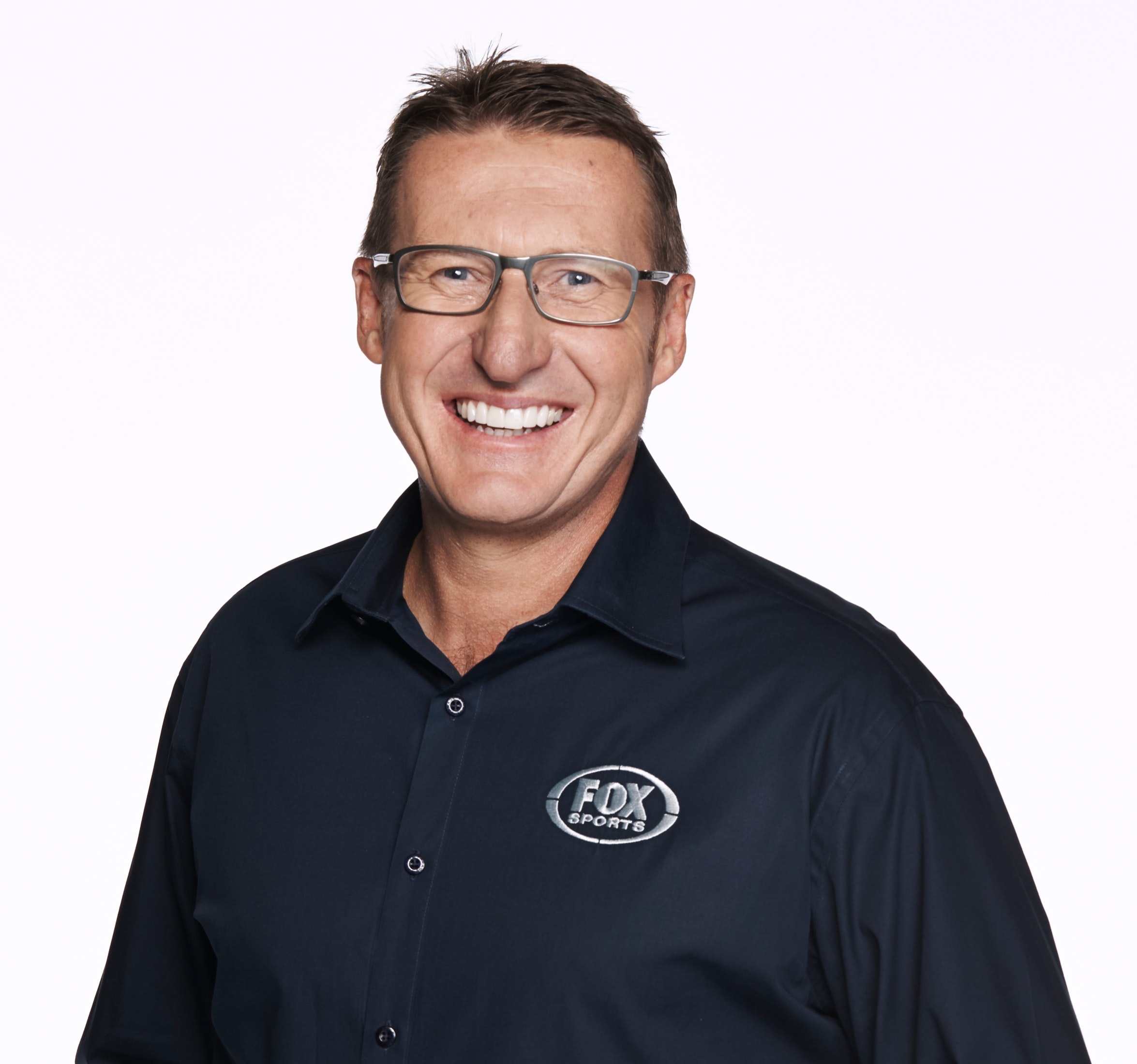 The record books confirm Mark Skaife as the most successful driver in Australian Touring Cars/ V8 Supercars history. During his 22 years behind the wheel he has accomplished unparalleled motorsport achievements.

After retiring from full time racing in 2008, Mark was appointed an Independent Director of V8 Supercars Australia and joined the V8 Supercars TV commentary team. Mark’s motor industry credentials are impeccable and is an active advisor to various companies and motoring groups regarding road safety, vehicle dynamics and driver training.