Contact Us
MAJOR EVENTS
SPORT
FOOD, WINE & LIFESTYLE
BUSINESS
GIFTING
Contact Us
‹ back
Home
Blog
Experiences
Anzac Day - What Does It Mean To Me?

Anzac Day - What Does It Mean To Me? 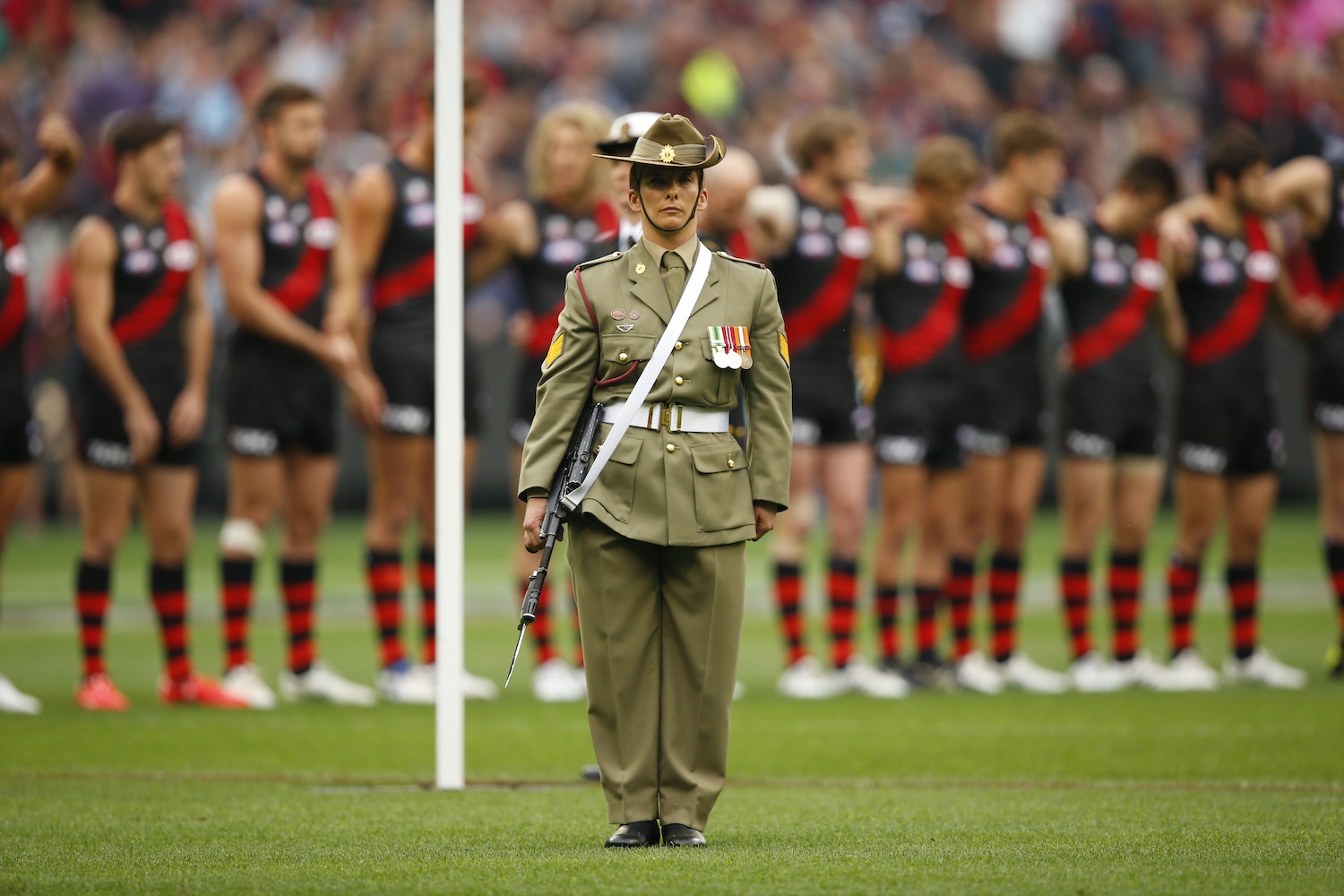 It’s a tricky question to answer. Mainly because the day itself conjures so many varying feelings that I’m sure some, if not most can relate to.

In an effort to best describe the emotional rollercoaster that is Anzac Day, I draw upon a personal experience that occurred five years ago in 2012. At the time, I was hosting an old friend of mine Dwight, who was from Boston, USA. My Essendon-obsessed father and I had been conducting a brainwashing ceremony for over a week, and inevitably Dwight swore his allegiance to the red and black army. He had never seen a game of AFL football before, so we thought what better way to showcase our great game than taking him to the annual Anzac Day match.

On the morning of the game came the first emotion, pride. As we sat there eating our breakfast, which was merely a base for the beverages we would later consume, we watched the replayed coverage of the dawn service held that morning. Dwight was quick to mention his surprise at how many people attended this ceremony, both here and on the other side of the world. Coming from a guy whose home country makes a great effort to remember their own troops, I was happy to hear that. I felt immense pride, not only for what many great Australians had achieved and sacrificed, but also for the way many Australians each year show their appreciation. It took the objective observations of a foreigner to make me realise how dearly we all hold this day in our hearts.

As we prepared to head to the coliseum of Australian sport, pride turned into excitement. Excitement for the day that lay ahead, but also excitement for the great honour of showing my old friend how we do things here in Melbourne. Once we completed our checklist: beanie, scarf… TICKETS, it was time to go. On board the train was a mixture of Essendon and Collingwood diehards, divided by their hatred for each others team but united by the common anticipation of arguably Australia’s greatest sporting event. Amongst the general noise you would hear snippets of match discussion.

“Hurley’s out.. geez we’re going to miss him” Our first stop was not the MCG, but rather a pub in Fitzroy. This was an essential, as the next emotion to take over was nerves. Over a few beers, I talked up our chances to my old man and my cousin, another diehard, as Dwight tried to keep up. Half of what I said I didn’t believe, but I needed to reassure myself that today was going to go well. At the time, Essendon were undefeated at 4-0, but Collingwood had had the edge over us in recent times. Apart from the ZAHARAKIS!!! game a few years ago the Dons hadn’t had much joy on the big stage. Combine that with the fact that the match had a Grand Final type atmosphere, filled with unpredictability, and there was no reason to feel confident about anything. When you look at the game on face value, the reward is only four points, but in reality everyone in the country knows there’s a lot more at stake.

As we walked across Fitzroy Gardens, the MCG loomed larger and larger. I kept looking over at Dwight to gage his reaction, and I could tell he was beginning to realise what he was getting himself into. Excitement kicked in again, as we entered the holy ground and made our way to our seats. Once we were settled I looked around… mostly Collingwood supporters… great! This was really going to be a baptism of fire for our American friend I thought. I’m sure he’ll learn a few new words before the day is done. Dwight was also surveying his surroundings, constantly remarking “How many damn people are there!” “About 90,000 mate, give or take” All the banter drew to a halt when official proceedings started and we are asked to be up standing.

What comes next probably generates the most commonly felt emotion of the day, reflection. It is impossible not to. When the last post is played and 90,000 people fall silent, you can hear a pin drop, and the opportunity presents itself as the most appropriate time to remember our fallen servicemen and women. Whilst reflecting, I couldn’t help but lift my head and again observe Dwight’s reaction. He was solemn, head down. He recognised the situation. After the words ‘Lest We Forget’ echoed around the ground, the last post continued, making everyone’s hair stand up… more reflection. Then the national anthem, and probably my favourite part of the ceremony when the national anthem reaches it’s crescendo. Suddenly everyone releases their emotions and the sound is deafening, the polar opposite of a few minutes before. We start to yell “C’mon Bombers!” We try to drown out all the Collingwood supporters around us, but to little effect. Even Dwight is yelling. The moment has captured him. I smile and think to myself “We may lose the game today, but I’ve converted an Essendon supporter for life.” The players file off and the siren blows. More yelling. The nerves return… The match itself was a dour, see-sawing affair. With rain consistently falling for the entire 120 minutes, it had all the makings of a slog. And with both teams coming off a short break to play on the Wednesday it was going to be a war of attrition. This was none more apparent than when Michael Hibberd hurt his hamstring in the opening quarter and Essendon were already a man down, forced to use their sub.

Whilst I was enthralled in the play, I was also mindful of trying to explain certain passages of play to Dwight whose head must’ve been spinning. However, our great game has a number of unique anomalies. I was at odds trying to justify how Dane Swan, a man of unconventional build and stature, could dominate a game so freely. In the first quarter he snapped a miraculous goal from the pocket, I didn’t try to explain how he managed this, I just shook my head. As Collingwood dominated the play, Essendon held on for dear life, and somehow we went into the long break only two goals behind.

After the interval, the Dons made a charge. Watson, the inspirational skipper, was instrumental in setting up teammates and that feeling of pride came flooding back. This time for the players representing the old faithful. Before half time, they looked done, but to my surprise they found something extra within themselves to keep up the fight. A true reflection of the ‘Anzac Spirit’. As was the continued freakish efforts of Swan, who kept the Bombers at bay with two goals in the third term, one from a pack mark he had no right to take. I would later draw upon these moments as I told Dwight that Anzac Day always throws up Herculean efforts and unlikely heroes, such is the spirit of the occasion.

For Essendon, the unlikely hero came in the form of Alwyn Davey. The shortest man on field, listed at a generous 173cm, kicked two goals in 5 minutes to draw the game level. Cory Dell’Olio, another member of the mosquito fleet, had also goaled moments before. Who would’ve predicted this? With two minutes remaining, Collingwood held the lead by 1 point. Ryder frantically bombed the ball into the forward pocket, which landed on it’s point, bounced over Lachlan Keefe’s head and into the arms of Carlisle who gave to Stanton and he snapped truly to put the Bombers ahead by 5 points. Poor Brent Stanton hadn’t seen the ball all day, yet he was at the right place at the right time to cover himself in glory. Case in point.

We screamed and hugged in joy as we thought the boys were home, however this feeling was short-lived as it took Collingwood only 40 seconds to restore the lead with a scrappy goal of their own, this time Jarryd Blair soccering the ball through on the goal-line. After a dramatic review, the goal was confirmed, and suddenly the emotions of both supporter groups were reversed. As time felt like it was moving in double-speed, the Dons spent the last minute and 20 seconds bombarding the forward 50, all to no avail. It was only fitting that when the ball was cleared it landed in Dane Swan’s arms, as he soaked up the clock and iced the game. He would later be awarded the Anzac Day medal. No one could argue there was a better player on the field that day.

As the siren went all the aforementioned emotions came to a head. I felt disappointment and sadness, yet held a greater sense of relief that the rollercoaster had come to a halt. In a strange way, I felt satisfaction. I knew the players had given their all and left nothing behind. I also felt satisfied that this year’s Anzac Day had provided everything I expected and more, and had truly represented it’s meaning to my travelling guest. I left excited for next year, when I would ride the rollercoaster again.

So we return to the question. What does Anzac Day mean to me? This. All of this. The ups and downs. The memories made. And the excitement of the memories to come. I’m sure that April 25th this year will be another one to remember. 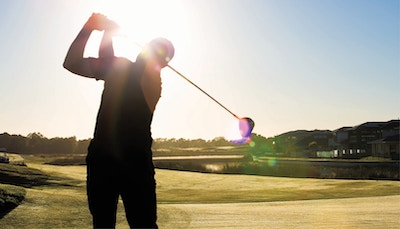 TIXSTAR has partnered with some of the best golf courses throughout Victoria and Tasmania to give you access to premium packages and experiences. ... 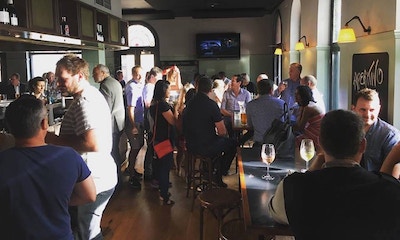 Lamaro's - One of Melbourne's Finest Pubs 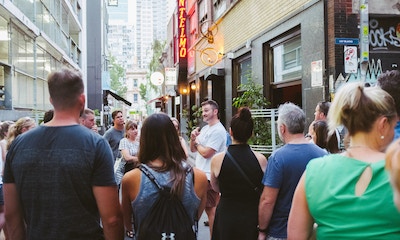 Drinking History Tours is a fun, unique and social way to discover secrets behind the magnificent city, Melbourne....