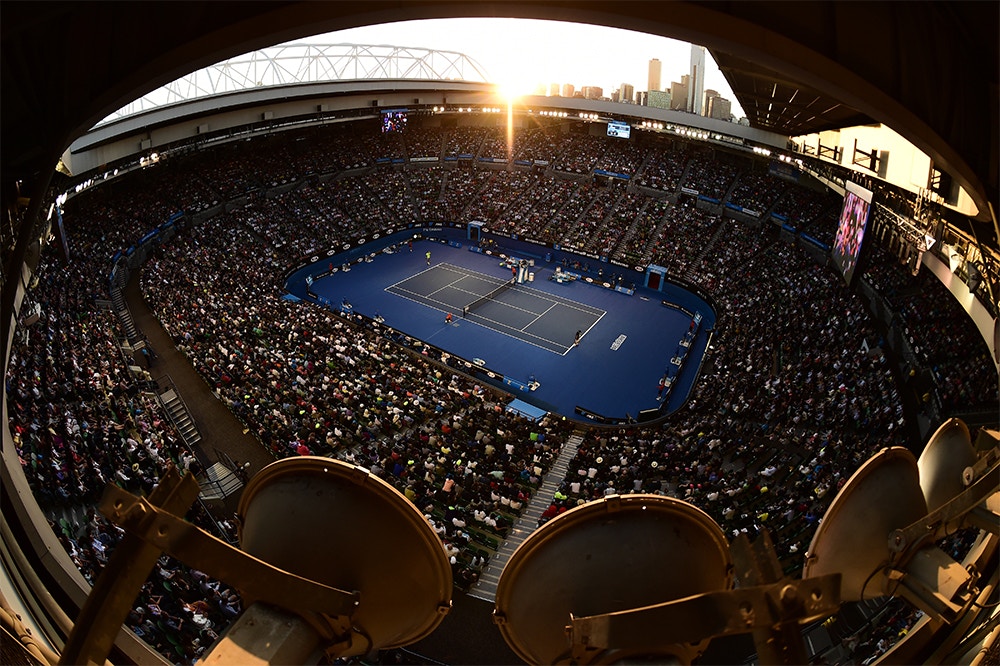 While author Donald Horne’s famous labelling of Australia as the ‘lucky country’ in the 1960s was taken out of context, it is a throwaway line that is very much a truism in sports as it is in life.

In this author’s lifetime Australia was far from the cutting edge of innovation, comfort and capacity when it comes to sporting venues, but we now live in a veritable age of stadium nirvana.

Thanks to the Sydney 2000 Olympics, and the more recent Commonwelath Games, as well as sustained investment from governments and the private sector at all levels, each Australian capital now enjoys unrivalled facilities across a myriad of pursuits.

The Games brought Stadium Australia, with it’s monolithic temporary grand stands expanding what is now ANZ Stadium, into a 110,000 capacity venue in the geographic heart of town at Homebush Bay. Next door came the nation’s biggest indoor venue, All Phones Arena, and NBA-style arena briefly home to the Sydney Kings in the NBL, and a very popular concert venue for all across the harbour city.

At the same time Melbourne’s beloved MCG, or simply ‘The G’ to locals, boasted a large capacity nearing 100,000, but tired facilities throughout the Ponsford, Members and Olympic stand – constructed for the city’s own global showpiece in the 1950s, were in desperate need of upgrade.

Just like the Olympics helped fast forward Sydney’s stadium overhaul, the Commonwealth Games in Melbourne in 2006 saw the entire northern side of the venue transformed, tipping the total capacity above 100,000 for the first time in decades and delivering what is almost certainly the world’s greatest stadium with a six-figure capacity.

The Comm Games also brought Melbourne its third retractable-roofed arena, when the 10,000-capacity Hisense Arena joined it’s big brother Rod Laver Arena and Etihad Stadium across town. An engineering marvel, the venue is complete with a full-sized Velodrome, which sits beneath the grand stands when in its more familiar guise as a tennis, basketball, netball and concert venue.

By the time the current upgrade of the Melbourne & Olympic Park precinct is complete, well in excess of half-a-billion dollars will have been tipped in, including upgrades to Rod Laver and Margaret Court Arena, with it’s very own retractable roof, new amenities and beefed up capacity, as well best-of-breed transport options, new councourses and unsurpassed concessions, all a picturesque stroll from the CBD down the Yarra.

Across the way sits AAMI Park, a breathtakingly designed 30,500-seat rectangular venue serving as a state-of-the-art and long overdue home to Melbourne’s professional soccer, rugby and rugby league clubs – a must visit for out of town A-League, NRL and Super Rugby fans.

Not to be outdone, in recent times Allianz Stadium’s capacity has been boosted, while the SCG has added two, innovative stands in recent years, bringing that stadium into line as one of the world’s premier cricket facilities, doubling as a beloved home to the AFL’s Swans.

And the NSW government led by Mike Baird is not resting on its laurels with plans to raise Allianz within the decade, replaced with a new 55,000-seat stadium, the complete refurbishment of ANZ into a truly rectangular venue, while Parramatta’s Pirtek stadium will be re-built in 2017 with a new 30,000-capacity gem serving the city’s western suburbs, a boon for the NRL’s Eels and the A-League’s Wanderers.

Head to Adelaide where the scenic but dated and sleepy Adelaide Oval has been transformed into a game-changing venue that somehow merges spaceship-like grand stands with the beauty of the old hill and the tranquil parklands adjacent to the nearby CBD. With a 52,000-capacity, the updated venue has breathed new life into its AFL clubs and cricket tenants alike, and has made Adelaide a must-visit sporting town like never before.

Look across to the West where the cramped and outmoded Subiaco Oval is soon to be replaced by the new Perth Stadium, with a bigger capacity, and amenities light hears ahead of its suburban counterpart, rising quickly on the Burswood peninsula in the shadows of the WACA, itself transformed into a purposely minimised venue of late, delivering an intimate and brilliant day at the cricket.

And we can’t talk Perth without mentioning Perth Arena, further proof of the ‘if you build it, they will come’ mentality with giant crowds flocking to the NBL’s Wildcats and the annual Hopman Cup, in one of the most strikingly designed facilities in world sport.

The touch of Sydney 2000 was even felt in the Queensland capital, with the Gabba completely refurbished for the games, and while time has passed it’s still an iconic and amazing place to catch both cricket and AFL footy, while Suncorp Stadium is a shadow of its Lang Park self.

With the buzz of Caxton Street a dropkick away, very few venues in the world can boast a better pre AND post game experience, with a few hours at Australia’s self-proclaimed number one rectangular venue wedged in between for a pulsating Origin game, Broncos NRL final or Socceroos World Cup Qualifier the main course. 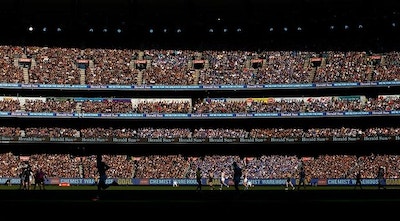 Check out some of the best venues in Australia's sporting capital.... 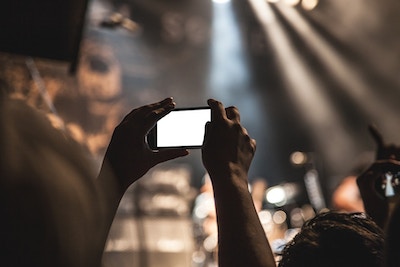 At no point in human history have people been more time poor, and had more choice on how, where and when to spend their hard-earned entertainment dollar....