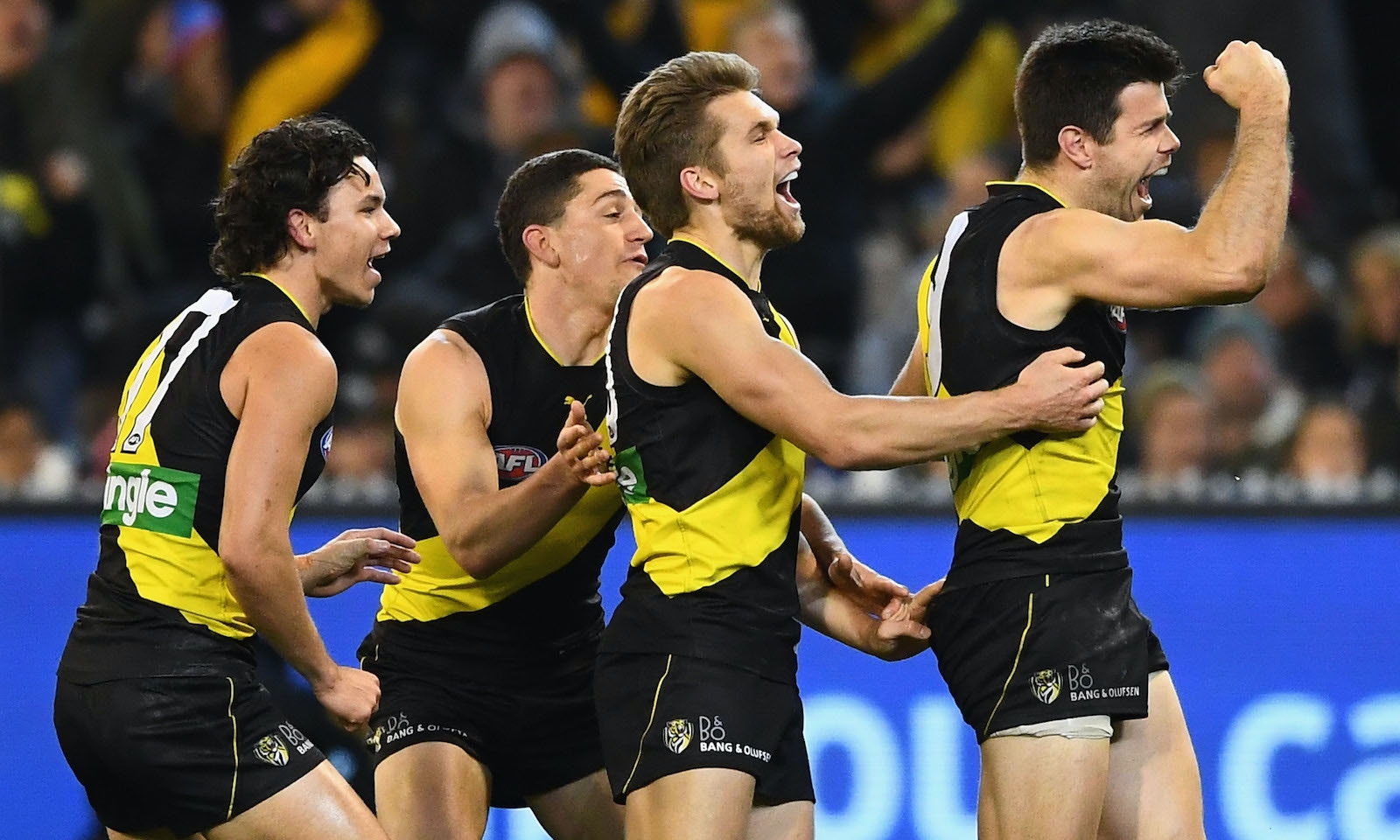 September in Melbourne – the days get warmer, the grass gets greener and crowds flock to the mighty MCG for the 2018 Toyota AFL Finals Series. The sight of this iconic stadium when 100,000 passionate fans are roaring is truly unique and must be experienced. As finals are played across Australia throughout the month, all roads will lead to the MCG for that last Saturday in September.

The 2018 Toyota AFL Finals Series is shaping up to be a fascinating one.

RICHMOND - Reigning premiers Richmond, who haven’t looked back since their fairytale 2017 triumph, will enter the finals series as minor premiers and favourites to go back to back. With an active record streak of 20 consecutive wins at the MCG (at the time of writing), the Tigers have made their home ground a fortress with their unique game plan that consists of getting the ball forward at all costs matched with a speedy, mosquito fleet forward line. So far no team has been able to solve the Tigers game plan at the home of football as they embark on walking back the premiership cup across Yarra Park to their Punt Road headquarters. 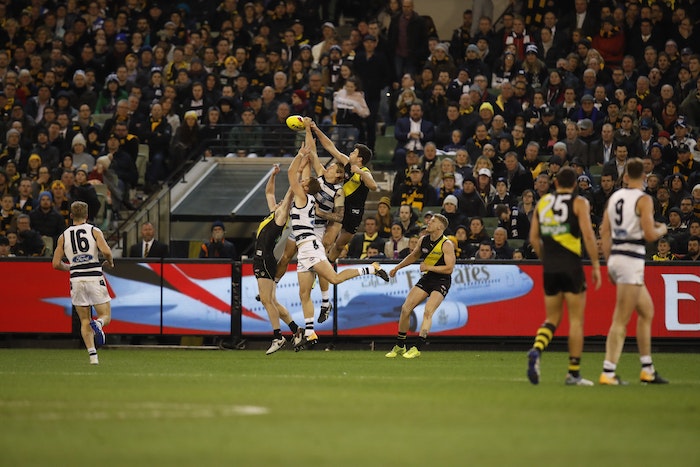 HAWTHORN - After a year missing the finals in 2017, Alastair Clarkson has proven to be one of the best coaches of the modern era, leading this successful Hawks side back into September action. After playing in four successive grand finals from 2012 to 2015 (winning 3) and been bundled out in 2016 to eventual premiers Western Bulldogs, Clarkson has reinvented his side to climb back into the top 8. On the back of outstanding seasons from forward Luke Breust, swingman Jack Gunston and Brownlow Medal favourite Tom Mitchell, Hawthorn will fancy their chances to win yet another premiership with so much finals experience littered through their side.

COLLINGWOOD - Collingwood, the sleeping giant of the competition, have awoken from their 5-year absence in September and despite an extensive injury list, will be looking to add a record equaling 16th premiership to their trophy cabinet. The Pies have been dogged by injuries across their entire list in 2018 but with the hopeful return of midfield gun Adam Treloar to their side in time for their qualifying final combined with their selfless team first attitude, Collingwood fans will be dreaming of Scott Pendlebury and Nathan Buckley holding that premiership cup up on September 29.

MELBOURNE - Melbourne shapes as the fairytale story and the neutral supporter’s team in 2018. After agonisingly missing the finals by half a percent in 2017, the Demons looked set to leave their fans heart broken once again before a stirring Round 22 win against West Coast in Perth secured their spot in September for the first time since 2006. With arguably the best ruckman in the game combined with a dynamic, young midfield, the Demons are the number 1 scoring side in the competition in 2018. However, the Demons will need to find a different avenue to goal come finals time with their number 1 forward, Jesse Hogan out for the season.

GEELONG CATS - On the other hand of Melbourne we get to the ever-consistent Geelong side who enter their 13th finals series in the last 15 years. After Gary Ablett Jr. returned to the Cattery in the offseason, many experts predicted Geelong to be too strong in 2018 but it has been their inconsistent form throughout the year that has been making headlines. Their best is good enough, but it will be whether they can produce that in the pressure of finals that will determine how far the Cats can go. The Dees and Cats will be trying to replicate Western Bulldogs dream September form as they both strive to become only the third team in history to win a flag from outside the top 4. 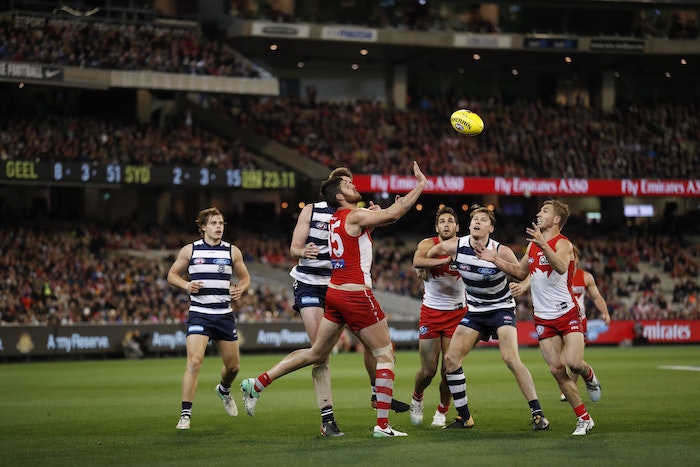 WEST COAST EAGLES - West Coast will lead the interstate brigade looking to take the cup outside of Victoria for the first time since 2012. With Josh Kennedy, Jack Darling and Mark LeCras headlining their attack, the Eagles potent forward line are sure to give defenders a stressful night’s sleep. West Coast’s MCG record has always been a talking point in the media, but after winning both their games at the ‘G (albeit one against wooden spooner’s Carlton) in 2018, the Eagles will be confident travelling across the Nullarbor should they be playing for the 2018 premiership.

SYDNEY SWANS - Finals mainstays Sydney, who enter their 9th straight finals series and 20th in the last 23 years, will be eager to go on another successful September campaign. Boasting one of the all time great forwards, Lance “Buddy” Franklin, Sydney fans will be hoping he hits a purple patch during September which can lead them to a third premiership in 14 years. Usually with a strong home ground advantage, the Swans ironically have a better interstate record in 2018, meaning they will be confident should they have to travel during their premiership quest.

GWS GIANTS - Crosstown rivals Greater Western Sydney, who have lost in the preliminary final to the eventual premiers the past two years will be determined to go two steps further in 2018 and bring home their inaugural premiership cup. Boasting the most talented list in the AFL, the Giants have had a torrid run with injuries throughout 2018, but on peak form this “Ferrari” team as they have been dubbed, remain a genuine threat to take home that premiership cup. 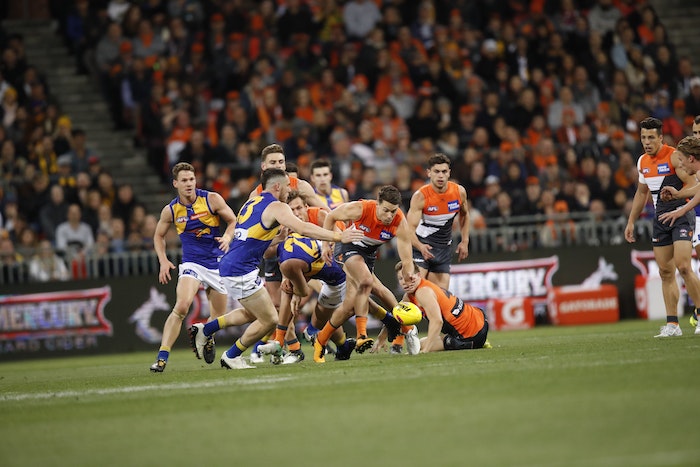 The 2018 Toyota AFL Finals Series is sure to be an exciting, dramatic and captivating four weeks of AFL Football. Anything can happen in September, illustrated by the Western Bulldogs’ mesmerizing run in 2016 leading to an unlikely flag from 7th position on the ladder. Case in point again - Richmond’s 2017 fairytale season, which climaxed with them taking down the red hot Adelaide Crows in the premiership decider, was the true definition of ‘Right Place, Right Time.’

Whoever you support, TIXSTAR is your destination for the AFL Finals. Offering official AFL Corporate Hospitality & Event packages for the 2018 Toyota AFL Finals Series in once place, secure you ticket to games in weeks 1 to 3. Inclusive of a premium-reserved seat, you will enjoy a gourmet pre-match seated dining, continuous service of premium beverages, gourmet half time footy fare, post-match refreshments as well as high profile MC and guest speakers.

Those who secure a ticket before the fixture has been released will be contacted by email by an AFL representative the Monday before the week of finals to confirm the game/function they wish to attend for the upcoming week.

Our customer support team is on hand to help you find the best AFL Finals experience – Phone (03) 9257 3255 or email info@tixstar.com.au