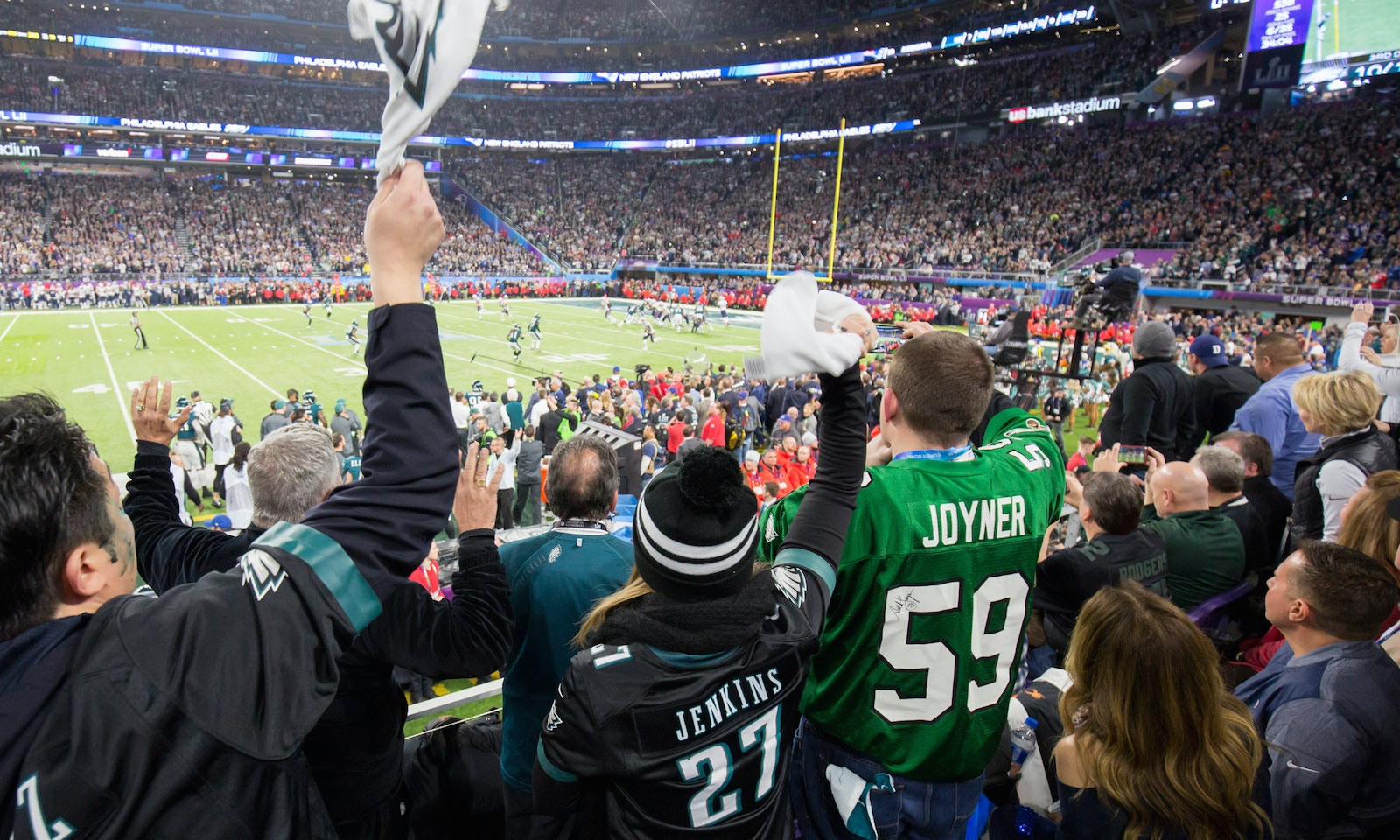 With only 4 weeks remaining in this exciting NFL season, it is a great time to check in on the NFL play-off picture, who will win their respective division and which teams are still in the hunt. This is an overview of the of where things currently stand and then we will dissect both the NFC and AFC conferences and each division within.

In the hunt: Carolina Panthers, Philadelphia Eagles, Washington Redskins (all 6-6)

In the NFC, it looks like there are 3 teams that are a lock to win their division. The current number 1 seed is the 11-1 Los Angeles Rams out of the NFC West. They have been brilliant this year and their 54-51 win over the Kansas City Chiefs in Week 11 was one of the best games ever. The wildcard race is heating up with the 7-5 Seattle Seahawks right in the fight and are the current 5th seed after 3 straight wins. Unfortunately for the Cardinals and 49ers, it is a season to forget. 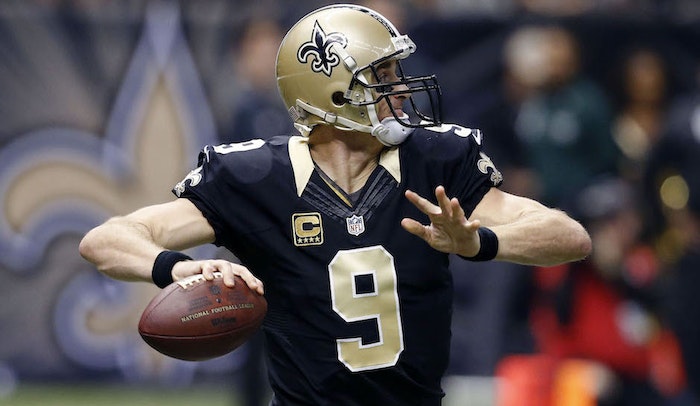 The New Orleans Saints (NFC South) are the number 2 seed and had won 10 in a row (the NFL’s longest active winning streak) prior to losing against the in-form Dallas Cowboys. QB Drew Brees has been sensational, breaking a number of records, his latest, throwing touchdowns passes to 13 different teammates. He is ably supported in the running game by RB’s Alvin Kamara and Mark Ingram and the defence has shown they can quell some of the better offences. The Carolina Panthers looked very likely to claim a wildcard play-off spot but losing the past 4 games has left them very vulnerable.

The third lock in the NFC is the Chicago Bears in the North. It has been a season for the Bears that has exceeded expectations but deserve their place as the 3rd place mainly due to the quarterback play of QB Mitch Trubisky and the defence. QB Chase Daniel has stepped in for the injured Trubisky in the last 2 weeks for mixed results but with a 2 game buffer on the Minnesota Vikings, they are in the box seat. The Vikings have been in reasonable form of late but a loss to the Patriots in Week 13 and a trip to Seattle in Week 14 will make it tough. The Green Bay Packers have been disappointing this season and are now out of calculations completely after losing at home to the Cardinals. The Lions have been another team to disappoint this season. 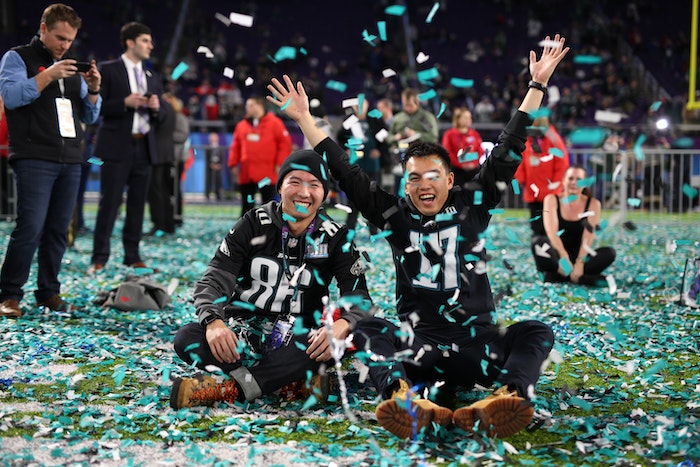 The NFC East is wide open. You can only rule a line through the New York Giants but for the Dallas Cowboys (7-5) the current 4th seed, Washington Redskins and reigning Super Bowl champs Philadelphia Eagles both with 6-6 record, it is going to come down to the wire. The Cowboys are on a roll behind QB Dak Prescott and RB Ezekiel Elliot and should either win the division or claim a wildcard place but the interest lies with the Redskins and Eagles who meet again in Week 17 but the Eagles have the tougher schedule.

It is a slightly clearer picture in the AFC with 5 teams effectively looking to secure a play-off berth in the coming weeks. The AFC West Kansas City Chiefs are perhaps the most exciting team in the NFL with their only 2 losses coming against the high flying Los Angeles Rams in Los Angeles and the New England Patriots at Foxborough, both high scoring 3 point thrillers. The 9-3 Los Angeles Chargers are only 1 game behind the Chiefs in the West and have been super consistent compared to previous seasons and will tie up the 5th seed after their Week 13 win in Pittsburgh. The Denver Broncos are a smoky in the AFC wildcard race as they have the most favourable schedule of any teams vying for the 6th seed. The Raiders have only won 2 games in what has been a horror season for the team and new Coach Jon Gruden. 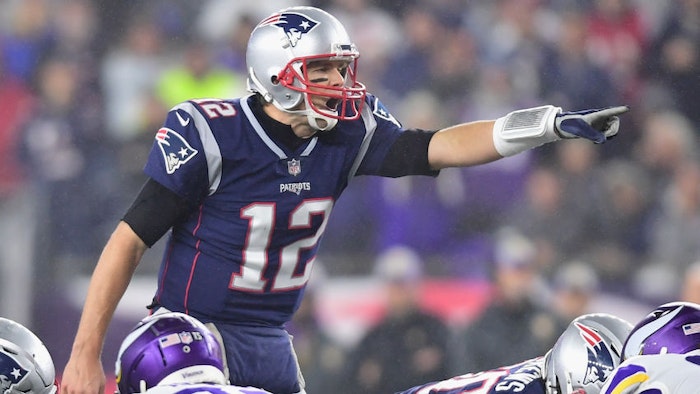 The New England Patriots have the AFC East all wrapped up for the 10th straight season and are the current 2nd seed in the AFC. It hasn’t been a perfect season for the QB Tom Brady and the Patriots but he is getting the support from rookie RB Sony Michel and the defence and the return of TE Rob Gronkowski from injury is a scary proposition. The Miami Dolphins are 6-6 after a 3-0 start and are one of 4 teams eyeing off the 6th seed currently owned by the Baltimore Ravens. The team who ends up making it, will more than likely have to run the table. The Buffalo Bills and New York Jets are in full rebuilding mode but have their quarterbacks of their futures already on their roster.

The AFC’s 3rd seed, the Houston Texans are a great story. Starting the season 0-3, they have won the past 9 games to command our attention and become firm favourites to take out the AFC South. QB DeShaun Watson and RB Lamar Miller are one of the most exciting duos in the NFL. A win to the Indianapolis Colts over the Tennessee Titans in Week 12 placed the Colts the next best team in the South but they hit a stumbling block in Week 13, being shut out by the Jacksonville Jaguars. A Titans win over the Jets has made things interesting as they are both now 6-6 and will be looking to unseat the Ravens as the 6th seed. The Jaguars completely lost the plot during their 7 game losing streak in which they lost all hopes off making the play-offs for the second year running. 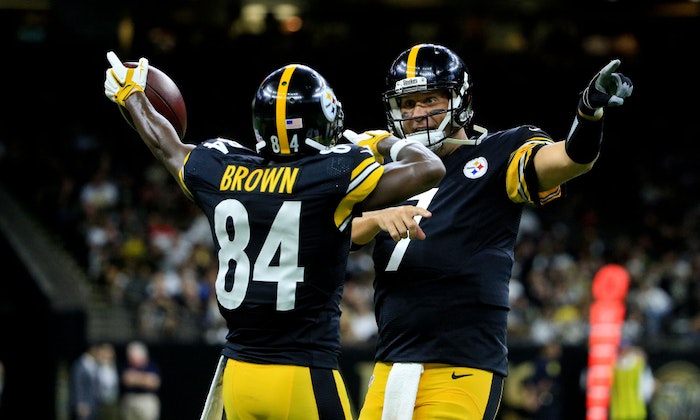 Our final division, the AFC North is the tightest division in the AFC. The Pittsburgh Steelers are the current 4th seed but have had their ups and downs mainly on the performance of QB Ben Roethlisberger. They are now only ½ a game clear of the Baltimore Ravens (6th seed) who have looked a far more dangerous team with QB Lamar Jackson at quarterback since he replaced QB Joe Flacco in Week 11. Both have a tough remaining schedule. The Cincinnati Bengals are on a serious slide and have fallen right out of calculations. With 4 losses in a row and QB Andy Dalton out for the season, it’s a tough ask. It’s real pity the Cleveland Browns couldn’t pinch a few of those close games earlier in the season as they are an exciting team to watch with rookie’s QB Baker Mayfield and RB Nick Chubb but we’ll have to wait till next year to see them at the pointy end.

Who will play-off in Super Bowl 53 in Atlanta? I’m tipping Chiefs vs Rams but there is still so much to play out in this fascinating season.