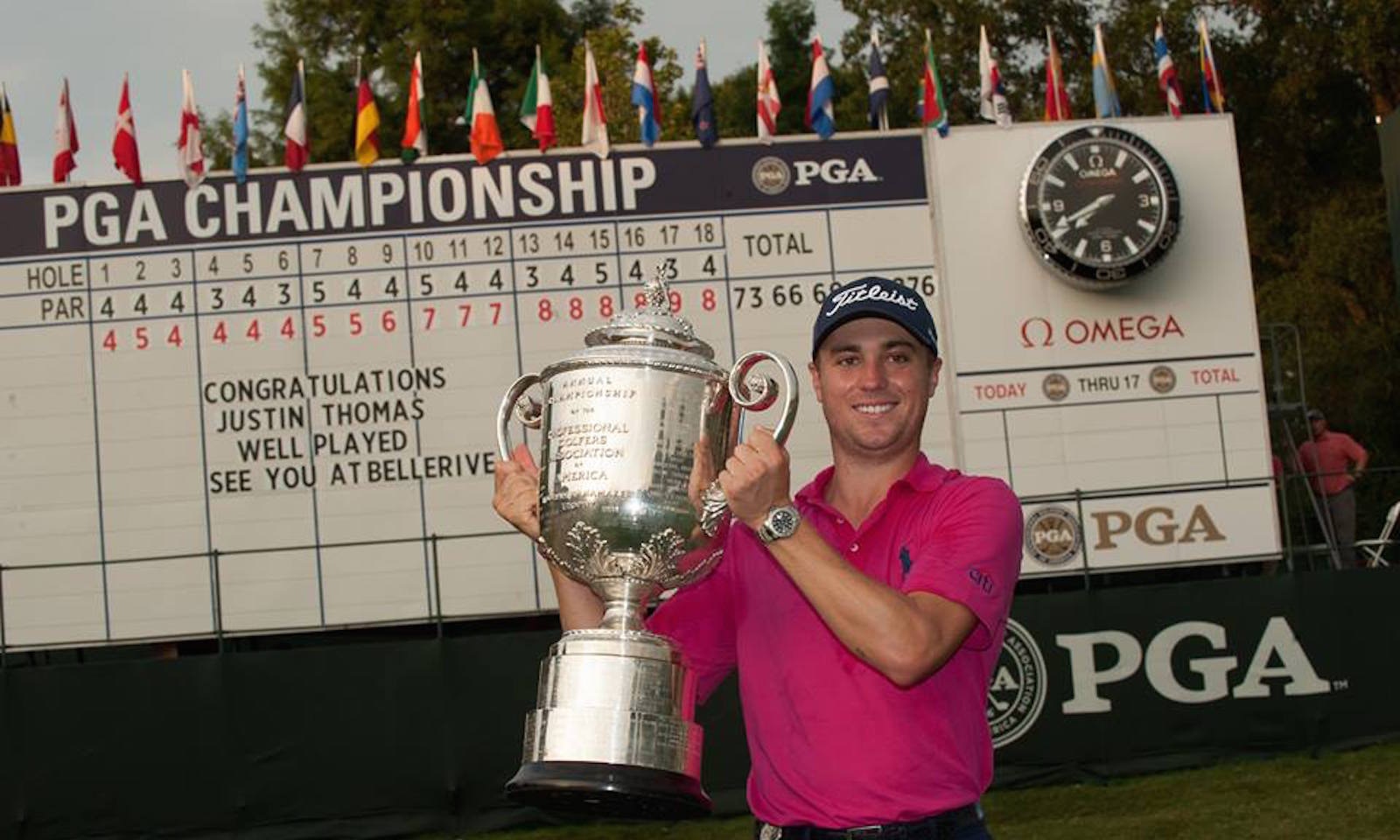 The final golf major championship on the calendar, the USPGA Championship is always an exciting and riveting tournament. 2018’s version will be no exception and will also be the 100th playing of the tournament. It will also coincide with the event being played for the final time in the month of August as the PGA announced that the Championship will move to May in 2019 and beyond.

Traditionally not as demanding as the other three major championships, players will tell you this major championship event is no picnic. Being played at the Bellerive Country Club in 2018, the course underwent major renovation in 2006 led by Rees Jones and will prove a tough course for players to overcome. The infamous 4-hole stretch between holes 14 through 17, known as “the Ridge”, is where an eagle or birdie could well decide the 2018 PGA Championship.

Tiger will again dominate headings going into the tournament as he looks to win his first major tournament since his famous 2008 US Open triumph at Torrey Pines. If he wants to eclipse Jack Nicklaus’ record of 18 major championships, he needs to start sooner rather than later. At the time of publishing, 9 out of the past 10 major champions have been first time winners - an unprecedented run that shows how deep the talent runs in the game of golf currently.

See the best players strut their stuff at golf’s final major championship of 2018 with TIXSTAR. Acquire anything from individual daily ground pass tickets to walk the fairways with your favourite players to first-class hospitality tents and suites options where you can indulge in food and beverage packages while watching the best shots from across the course come to you through the big screens.

From the first practice round to the final putt, experience weeklong access to the PGA Championship with TIXSTAR. For tickets, travel packages & bespoke experiences, TIXSTAR is your online destination for the 2018 USPGA Championship.